Around the world, there is a high demand for translators who can span linguistic divides and bring more people and communities together. This is especially true in multicultural, bilingual Canada! 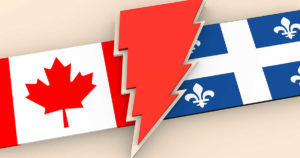 French is a major language, not only in Canada but across the globe. It’s spoken by 300 million people and is the official language in 29 countries in Europe, Africa, North America, and even Oceania (it’s second in its status as an official language only behind English). It’s one of the official and recognized working languages of the United Nations, the “procedural language” for the European Union, and, along with English, the only language used for deliberations at the International Court of Justice.

As one of the 29 countries with French as an official language, combined with a strong commitment to bilingualism, the English-French language combination is the most in-demand in Canada. Quebec is home to more than six million native French speakers in Canada; nationwide, almost two million more people speak French, and one in three Canadians speak it as a primary or secondary language. The French spoken in our country isn’t exactly the language spoken elsewhere; since the establishment of a colony in Canada, there have been many divergent developments from what they speak in France (also known as Metropolitan French).

In Canada, Québec French has a greater number of adopted English words, especially in informal spoken Canadian French. You can hear most of the differences in the spoken version, as written Québec French shares the same structure and most of the grammar rules as Metropolitan French. But the differences will be seen by French speakers in Canada; as such, the demands on the government and companies in our country mean there’s a high demand for translators who understand Québec French and speak it fluently.

Why Is The English-French Combination So Important? 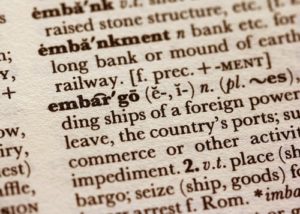 The English-French language pair has the most need for translators in Canada because it affects every government entity and all companies. Private translators are necessary to make it easier for businesses to integrate into the French-Canadian market. While Quebec is the only French-only province, most provinces are bilingual to some degree:

Because the landscape is so different, most companies that want to sell across the country find it easiest to make one package in both English and Français québécois for the entire country. But governments in bilingual areas of the country, as well as the entire federal government, must make all documents in both English and French. The largest employer of language professionals is the federal Translation Bureau, and they have a team of roughly 900 translators.

Other language combinations are growing in demand in Canada; English-Chinese and English-Arabic are both already highly sought, especially at the federal level. But one thing hasn’t changed: when choosing a translation services provider that specializes in the language pair. English-Québec French has its intricacies, making it necessary to use a firm with native translators!