The expansion of markets and internet audiences has led to an increase in translation services, even in a country with strict bilingualism laws. But because of this demand, many people and companies start to think about how they can expedite translation. They will flirt with the idea of running copy through a free online translator rather than paying someone to do it.

As they soon find out, this is a big mistake! Computers can do many things, and if you believe Silicon Valley, replacing human workers is their specialty. However, when it comes to translation, there are many differences between the work performed by machines and the work performed by humans, no matter what the language. Every time, human translators are the superior choice!

Translation Is More Complex Than You Think 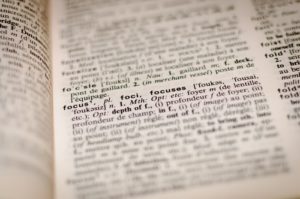 On the face of it, translating something sounds easy: take words in one language, turn them into another, right? Absolutely not! When translating a document, one has to consider the style, tone, linguistic structure, phraseology, and fluency of the two languages. On top of all these factors, the translator must maintain the integrity of the original text’s meaning.

This complexity is where machine translation loses. Algorithms might be able to do many things, but they haven’t figured out that the structure and style of every language are different. Online translators analyze the structure of an original text, break this text down into single words or short phrases, then convert it into the words and phrases found in their banks. The final translations are often literally word-for-word and don’t take into account the complexities listed above. As such, the results are unlikely to be grammatically accurate.

Native Speakers Can Tell When Something Doesn’t Flow.

You’ve probably seen the results of poor translation on the internet: pictures of unintentionally comical translations of signs meant for English-speaking tourists, tattoos in languages like Chinese meant to be “spiritual” but are just nonsense to native speakers, etc. We laugh at these because to those who can speak the languages fluently, the vocabulary and grammar sound almost alien.

This is how native speakers see translations run through computers. Many of the comic results are the fault of computers because Machine translations don’t hear the flow of their final translations! Though the result of a machine may be comprehensible, it won’t sound natural or fluent to speakers of the language.

The consequences can affect even the highest levels of business; for example, the bank HSBC had to spend $10 million rebranding their campaign after its catchphrase “Assume Nothing” was mistranslated as “Do Nothing” in many markets. When you’re looking at translation from a cold, impersonal standpoint, “assume” can turn to “do” when the subtleties of the language aren’t understood.

Translation Is An Art! 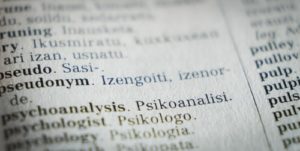 language and, as such, will be familiar with the little linguistic nuances that give a piece of writing a tone and meaning the audience will understand.

Let’s consider the French language. Despite how we talk about it, there’s not one “French”; there are many regional dialects and varieties, each with their own nuances. Even in Europe, just outside France, there’s Belgian French, Swiss-French, and Aostan French in Italy. Here in Canada, there are two main dialects – Quebec French and Acadian French. On the continent of Africa, 29 countries all have regional dialects covering over 400 million Francophones! When trying to appeal to any of these language groups, knowing what makes them unique will help you sell the product or service.

This is why not all those who can speak two languages are qualified to translate. On top of being fluent, most translators are trained and qualified in the specific field of translation, learning how dialects are different. Their formal and technical styles are far superior to anything that can be produced by machines, which these days, is a rare and beautiful thing!